The anniversary yields a playful marketing campaign and a limited-edition figurine.

Schleich, the German manufacturer known for its animal figurines, is celebrating its 85th anniversary! With global sales growing in double digits for the past six years, Schleich’s U.S. division is excited to kick off 2020 with a new marketing campaign, The Power of Imagination.

“This campaign is all about breaking down the barrier between what parents see and what their kids experience,” says Annie Laurie Zomeraand, co-managing director of Schleich USA. “While adults might only see kids moving figurines around a play space, we know that the unparalleled detail and realism of our products inspire kids to imagine a world where dinosaurs help with homework and bears do backflips into outer space.” 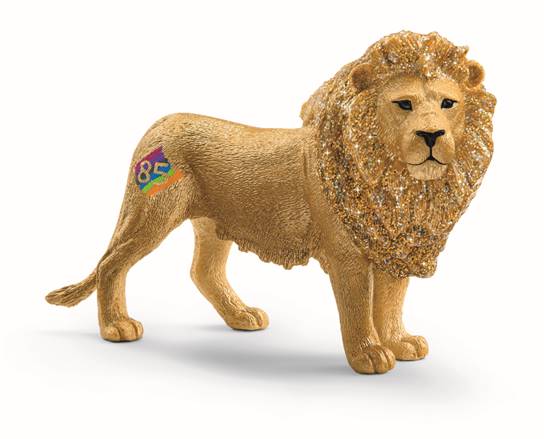 Schleich will be collaborating with toy photographer Mitchel Wu to develop a series of photographs depicting the narrative of kids using Schleich products during open-ended playtime. An initial set of images will debut at an experiential exhibit in the lobby of Toy Fair in New York this month. The company will hold a campaign kickoff breakfast and anniversary celebration at the exhibit on Sunday, February 23 from 7:30-9 a.m. The event will include commentary from child development and open-ended play expert Dr. Sandra J. Stone and live photography demonstrations by Mitchel Wu.

Additionally, Schleich has crafted a limited-edition golden lion figurine to honor its anniversary. The lion, one of the company’s most popular animals, symbolizes the pride and dignity the company feels toward its history. Retailing for $6.99, the lion will be available in select stores this August through September.