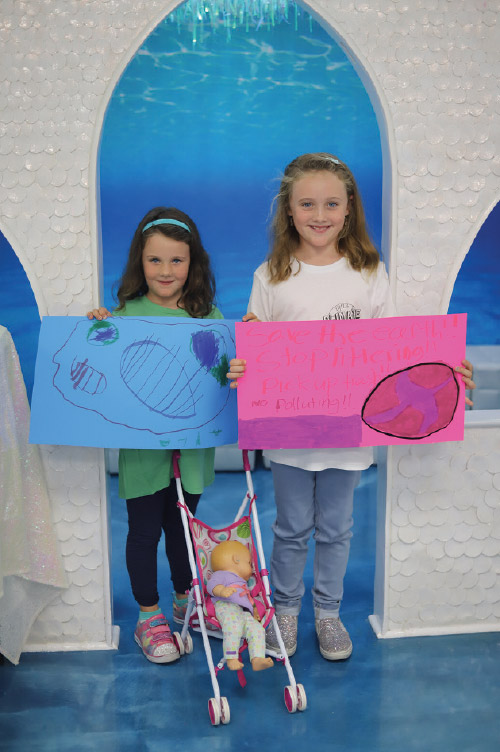 Inspired by 16-year-old climate activist Greta Thunberg, Caitlin Quirk, owner of Bowfish Kids in Asbury Park, NJ, was determined to involve her local community in last month’s Global Climate Strike. Uncomfortable however with asking kids to skip school for #FridaysforFuture walkouts, the retailer went to the drawing board for a less controversial alternative that would still raise awareness.

Designing her own “Global Climate Strike” T-shirts, Quirk encouraged customers to purchase a tee (all proceeds were donated to Thunberg’s Fridays for Future Foundation) and wear it at school for the week of the strike. As added incentive, Quirk rewarded participating kids with a free EcoVessel water bottle if they proved they wore the shirt all week with daily social media updates that included the challenge’s designated hashtag. She also organized an in-store kickoff event where kids of all ages were interviewed about what climate change means to them. The interviews were then edited into a video montage and sent to local and state politicians.

“The participation around this local event far exceeded my expectations,” Quirk says, noting that more than 70 participants purchased shirts and took part in the promotional campaign. “It’s clear that sustainability is not something young people are going to ignore and it means it should be on every buyer’s radar.”

Quirk’s concern about climate change and the environment in general isn’t a passing publicity stunt. Bowfish Kids publicly announced a five-year plan last month that promises more sustainable solutions, like using 100 percent biodegradable glitter at its parties, installing solar panels, carrying eco-friendly brands and officially becoming a New Jersey-certified sustainable business. “It’s scary to take this leap, but it’s my hope that everyone who has supported me in the past will support these changes now,” she says.

Bowfish has already begun alerting vendors that their partnerships may be in jeopardy if they don’t commit to sustainable business practices. It’s a policy Quirk believes she must follow through on. “As part of the children’s industry, I feel we’re particularly responsible for taking the impact of climate change seriously,” she says. “I’m not stopping until I’m doing everything I can to educate others and have a positive impact on my little customers’ futures.”