Couture Kids Robertson’s exclusive capsule of Fable & Whisper plushies is made from 98 percent alpaca wool and retails for $42. 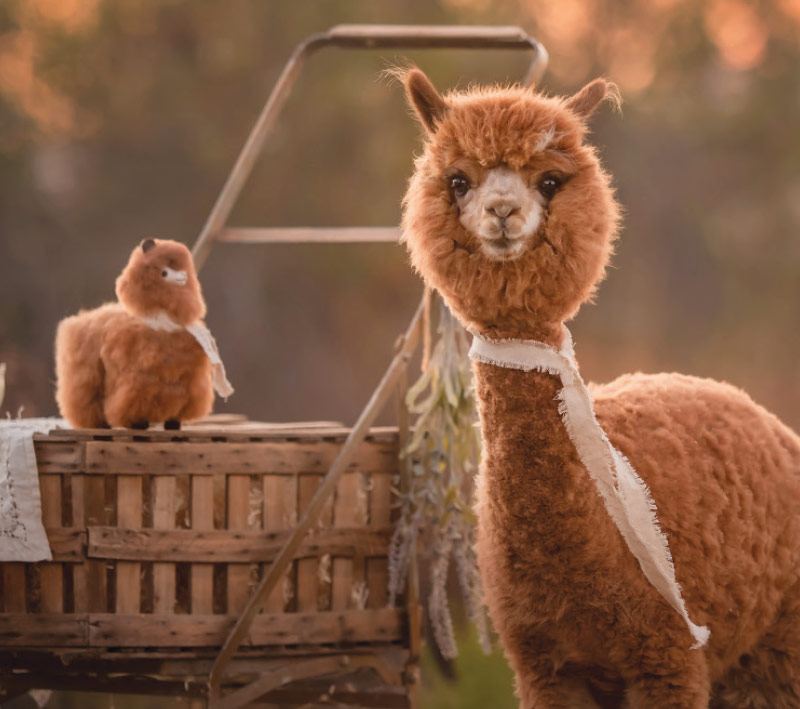 West Hollywood’s Couture Kids knows the value of a celebrity photo op—no matter how furry! The upscale specialty boutique recently hosted an event to kick off its exclusive Fable & Whisper alpaca plushies featuring  the famous real-life duo (soon to be stars of a live action/animated TV series and children’s book).

These alpaca celebrities are on a mission “to inspire compassion.” Part of rescue animal traveling farm Little Horse on the Prairie (with almost 17K followers on Instagram), Fable and Whisper are rented out for parties, photo shoots and other events, with children and adults always saying them want to “take them home.” Now they can.

Couture Kids Robertson’s exclusive capsule of Fable & Whisper plushies is made from 98 percent alpaca wool and retails for $42. (FYI, Fable is the brunette, Whisper is the blonde). At the launch event, anyone who purchased a plushie got a VIP “meet and greet” with the famous alpacas, not to mention an adorable photo op. A portion of the sales proceeds go toward clean drinking water in Peru, where alpacas hail from.