A subsidiary of Chinese sportswear company Anta Group, Anta Kids made a splash during the recent New York Fashion Week. 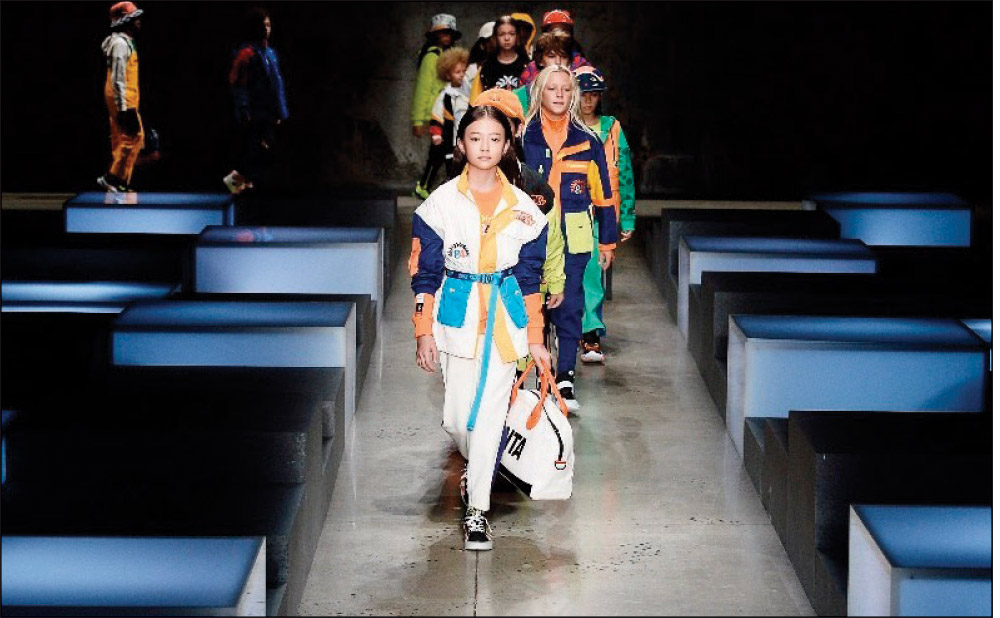 “We’re creating awareness among a global audience that Chinese sportswear can be trendy,” says Lin Xianghua, CEO of Anta Kids, noting the goal is for the brand to be recognized internationally within the next decade. “Being at New York Fashion Week not only gives us a chance to learn from international brands and designers, but it lets us show off a Chinese kids’ sportswear brand to the world.”

During the runway show, Anta Kids showcased three collections, including a collaboration with Opening Ceremony. The parternship  featured futuristic styles, vibrant colors and several Olympic motifs. Sporty silhouettes spanned velour shorts, tank tops and belted jackets with neon accents. Every outfit was accessorized with Anta Kids gear, such as headbands, duffle bags and bucket hats. Forward-thinking statements were made from head to toe, highlighted by self-tying shoes that include smart chips embedded in the soles that detect pressure and tighten around the foot automatically.

Xianghua reports the response to the Anita Kids x Opening Ceremony collection has been strong and adds that more collaborations are in the works.