Eleven-year-old Jahkil Jackson’s nonprofit Project I Am lends a hand to people in need, whenever and wherever. 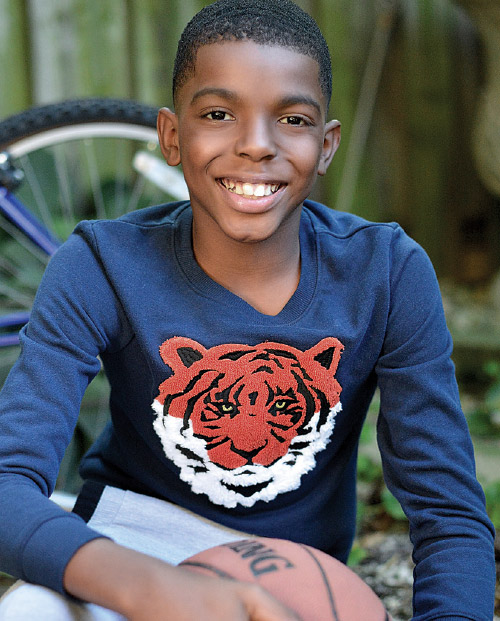 Chicago native Jahkil Jackson has yet to travel outside the United States, but that hasn’t stopped the soon-to-be seventh grader from touching the lives of people in need around the world. Since 2016, Jackson’s non-profit, Project I Am, has put together Blessing Bags (consisting of basic toiletries and snacks) and then distributed them to homeless people in Chicago, orphans in Swaziland and volcano victims in Guatemala, among other places. By the time school starts this fall, Jackson will have given out more than 20,000 Blessing Bags, and the young philanthropist has no intentions of stopping—there are too many people in need.

“I don’t let my family go anywhere without Blessing Bags in the car,” Jackson says. “You never know when you’re going to see someone who needs help.”

Jackson’s mission to help others started at age 5 when his great-aunt took him to serve soup to homeless people camped out along Chicago’s Lower Wacker Drive. “After that experience, I would beg my mom to let me give money every time I saw a homeless person,” he says. “Eventually, she told me if we kept giving cash to everyone in need, we’d be broke ourselves.” So Jackson created a more sustainable solution with Project I Am. Each month hundreds of donations are collected, sorted, bagged and distributed. Jackson often enlists the help of family and friends by organizing “packing parties.” He has also recently launched his own clothing label, Trophies, to sell on Project I Am’s website to fund the purchase of toiletry items.

Jackson’s noble efforts have not gone unnoticed. In 2016, he was named a Youth Ambassador for Heartland Alliance, one of the world’s leading anti-poverty organizations, and the following year, he became a member of the International Youth Council, a not-for-profit civil society organization dedicated to giving young people across the world both collective voice and a mechanism to support global sustainable development. Jackson was acknowledged as one of the three influential people of 2017 by former president Barack Obama and the Obama Foundation, and he participated in Disney’s Be Inspired Black History Campaign, Lebron James’ #AlwaysBelieve 2018 campaign and Nike’s 2019 Future Varsity program that provides leadership training to people creating positive change in the world. Jackson also became one of the 19 U.S. recipients of the Diana Award on what would have been Princess Diana’s 58th birthday, and this year was appointed to the board of directors of Kid Box, the children’s fashion subscription box company.

“I’m so grateful for all the attention Project I Am is getting,” Jackson says, adding excitedly that Kid Box will be donating $10,000 worth of new clothing for the organization to give to shelters in Chicago. For Jackson, the drive to help as many people possible is always the top priority. He plans to extend Project I Am’s reach through speaking engagements and the expansion of his clothing label beyond the current assortment of shirts, fidget spinners and hats. “We’re already global, so I guess my main goal is to become more global,” Jackson says. “It’ll always be about helping as many people as I can, because there’s always more you can do.”

What’s it like being a clothing designer? It’s fun! Everything I design is clean and fresh. For example, I have a shirt that says ‘Fresh’ with a deodorant graphic on it! But my main goal isn’t to be a designer; it’s to help people. I just appreciate good fashion.

How would you describe your personal style? I like to look sharp, whether I’m wearing a cool athletic look or a suit. I also like to match sneakers with my suits!

What are some of your favorite brands? Nike, Supreme, Champion, Vans and Fila are a few of my favorites. I’ll usually throw on a Nike jogging suit because it’s so comfortable. I don’t like my outfits to have a lot going on.

Do you primarily shop online or in-store? My mom shops online for me, but we’ll sometimes go to a store together.

What’s your favorite store? The Nike store! It’s five floors of heaven. The employees are so nice, and the clothing is folded neatly. Nike really knows how to present itself perfectly.

Where do you see yourself in five years? Applying for college scholarships and getting my driver’s license! I’d also like to travel to some of the foreign places I send my Blessing Bags. I’d love to start with a trip to Africa.