The Kids are Alright

Unlike previous generations that followed the Greed is Good dogma, Generation Z are helping usher in a form of conscientious capitalism where doing good is as much a part of the equation as good business.

Kids today… That age-old expression usually has negative connotations—that young people aren’t as driven to succeed and well-mannered as previous generations. Today’s youth—Generation Z (those born between the mid ’90s and mid ’00s)—are often condemned as lazy, entitled, spoiled and so addicted to their smartphones that their brains are being rewired and their spines re-curved. On the other hand, this generation is self-confident and autonomous—they do not rely on their parents as much as previous teen generations. Some of these kids, in fact, exhibit an entrepreneurial drive to rival that of Oprah and Steve Jobs. But unlike previous generations that followed the Greed is Good dogma, they are helping usher in a form of conscientious capitalism where doing good is as much a part of the equation as good business.

Since introducing Final Cut, our department that profiles dynamic kids making a name for themselves as actors, startup execs and political activists (and in some cases all three), I’m increasingly encouraged about the future of America and the world. That’s not an easy way to feel these days up against a divided electorate and a rise of nationalist leaders around the world who smack of fascism. But over the past year the kids we’ve profiled present a hopeful and inspiring alternative, driven not by race, nationality, gender or the almighty dollar, rather they are motivated by how they can change the world for the better. 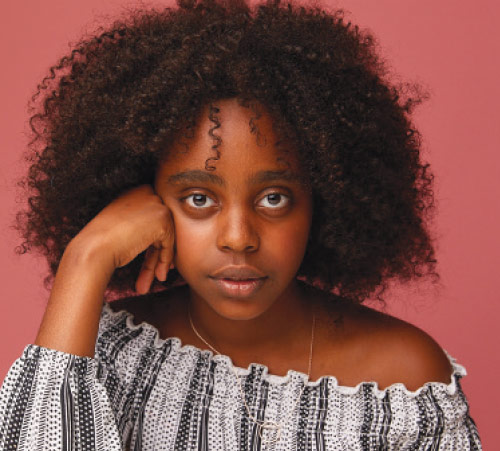 They include Naomi Wadler, an 11-year-old activist (August 2018) who captured the world’s attention when she rallied for legislation to prevent gun violence in front of 200,000 attendees at the March for Our Lives event in Washington, D.C. (She first made headlines when she and a classmate organized a walkout at her elementary school a month after school shootings in Florida and Alabama, and it went viral.) Wadler spoke eloquently, shedding light on the lack of media attention women of color receive as victims of gun violence. Her tour de force performance attracted high-profile fans, like Sen. Kamala Harris and actor Tessa Thompson, who tweeted, “Naomi Wadler is my president!”

Wadler continues to inspire her peers to take action. “Success isn’t what your parents do—it’s what you do,” she stated in our interview. “Just remember you can be most powerful by just being the best you.” 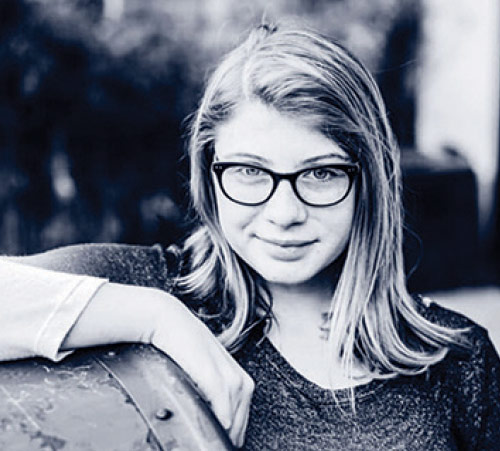 In our November 2018 issue, we profiled sixth grader Addisyn Goss, who founded her own non-profit homeless outreach program, Snuggle Sacks, which has raised more than $10,000 worth of clothes and supplies. The Michigan native was inspired to create “survival kits,” small packages of toiletries, snacks and items for warmth to people living on the streets in her state. Over the past four years, Snuggle Sacks has delivered more than 9,000 kits and developed partnerships with every shelter in a six-county radius of its warehouse in Fenton, MI. Most recently, the organization partnered with the Michigan Department of Human Services, broadening Goss’ distribution of hygiene products, coats and gloves to kids through area food banks. “We all have learned how rewarding it feels to make change and help those less fortunate,” Goss stated in our interview. “You’re never too young to make a difference.” 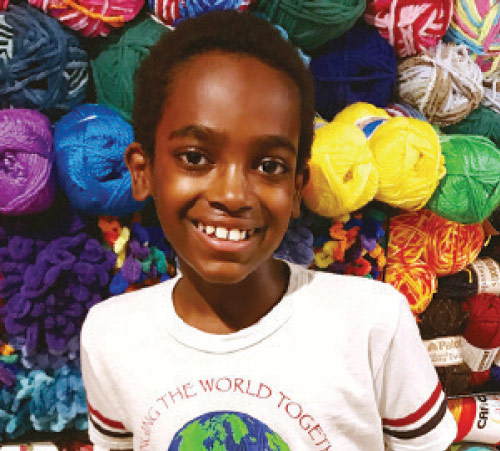 This issue’s Final Cut (p. 36) profiles Wisconsin native Jonah Larson, an 11-year-old crochet prodigy who has turned his hobby into a fundraising juggernaut. To date, he has raised more than $20,000 for the Ethiopian orphanage from which he was adopted as an infant. The sixth grader has traveled the country promoting his non-profit and will soon speak at the Ethiopian Embassy in New York. Larson’s social media following has mushroomed to more than 191,000 on Instagram and 45,000 subscribers on YouTube. The philanthropic entrepreneur has launched his own line of merchandise, including T-shirts with witty phrases like “Bro-chet” and “Crochet Away.” Larson also just released his autobiography Hello Crochet Friends, named after his catchphrase that begins each of his YouTube tutorials, and is working with Anthropologie on a collection of 12 crochet-based styles for this fall. Oh yeah, he also has plans to become a surgeon, so he can perform free operations to people who cannot afford the procedure. Larson’s advice to other kids chasing their dreams: “Do whatever you love. Do what keeps you happy. And just keep trying, no matter what.”

Kids say the darndest things. Only in the case of our Final Cut profiles, there are no double entendres or silly insights. It’s out of the mouths of babes type wisdoms. They are ahead of the time. They are driven to succeed and well-mannered—just as much as anyone from previous generations. They are the opposite of lazy, entitled and spoiled. (Although, that smartphone addiction is likely true.) These kids are good-doers, leading by terrific example. They represent hope for the future. In a world where different generations too often don’t see eye to eye, we can learn a great deal from kids like Naomi, Addiyson and Jonah. These kids are alright. In fact, they’re more than alright—these kids are extraordinary!